Health Canada has issued a recall of KN95 respirators manufactured by dozens of Chinese companies because they “pose a health and safety risk to end-users.”

In a bulletin issued to Canadian importers and distributors on Monday, Health Canada warned that some KN95 masks recently tested by the National Institute of Occupational Safety and Health “failed to meet 95 percent filtration specifications.” NIOSH, part of the U.S.-based Centers for Disease Control, is responsible for conducting research and making recommendations to prevent work-related injury and sickness.

“Health Canada cannot reasonably conclude that the benefits associated with having the KN95 Filtering Facepiece Respirator available in Canada, as currently labeled, outweigh the risks,” the May 11 bulletin says.

The bulletin, titled Recall of KN95 Respirators, was sent to companies across Canada that are authorized to import or distribute supplies for use in hospitals or other health-care institutions. It notes that some of these companies may have imported and sold masks that have now been recalled.

The bulletin does not say how many KN95 masks have been imported to Canada. Read the full bulletin here.

For hospital workers in the COVID-19 pandemic, N95 masks have become the health-care standard in personal protective equipment because they are designed to filter out at least 95 percent of airborne particles.

The recalled masks are made to the Chinese standard, KN95, which is also supposed to filter out more than 95 percent of particulates. But NIOSH tests found that some masks filtered out as little as one percent.

“Manufacturers of concern are only those that failed to meet 95 percent filtration specifications,” says the recall notice. 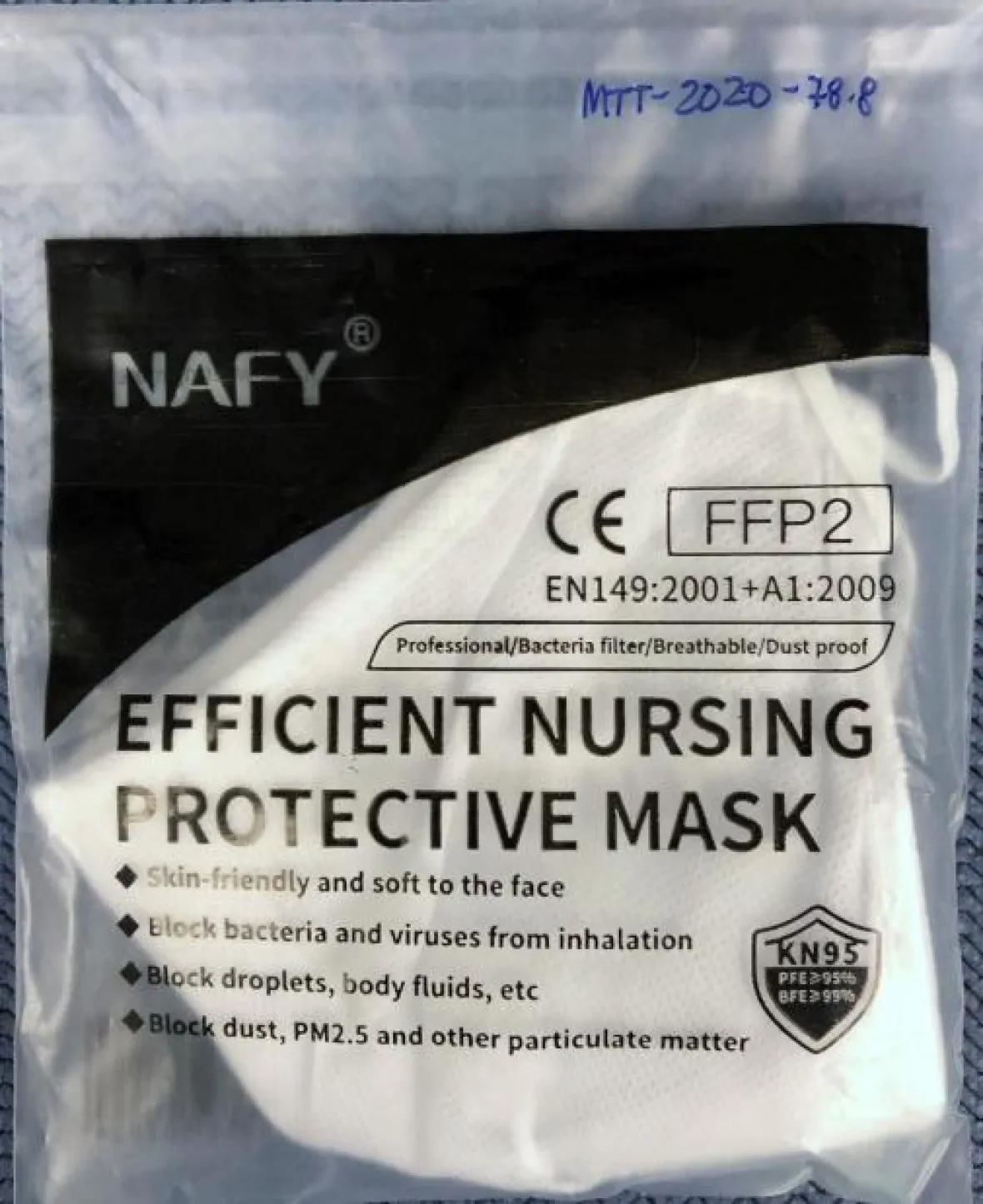 According to NIOSH, the company that manufactured this mask claimed it met the KN95 standard. Testing found that it blocked between one and eleven per cent of particulates. (NIOSH)
KN95 masks and the pandemic
According to Health Canada’s website, it started authorizing the use of KN95 masks for medical purposes in light of the pandemic.

“To expand the availability of N95 respirators during the pandemic, equivalent alternate standards may also be acceptable …this includes both medical and commercial (non-medical) KN95… respirators,” the site says.

Depleted national stockpile leaves Canada reliant on China for masks, gowns and other supplies during pandemic
Health Canada indicates the N95 and KN95 standards are similar “with respect to design, filtration, performance and materials standards.” However, it says that “recent testing performed by the CDC resulted in concerns with some KN95 respirators (specifically those with ear loop design) that pose a difficulty in achieving a proper fit, which is essential for use.”

Health Canada notes that by contrast the headband design on other KN95 masks offers a proper fit and seal. Ottawa also noted that some KN95 respirators failed to meet the 95 per cent filtration standard.

Earlier this month, the U.S. Food and Drug Administration (FDA) made a decision similar to Health Canada’s. It published a list of products produced by dozens of Chinese manufacturers declaring they “are no longer authorized.”

The FDA started allowing the sale of the KN95 masks for medical use in the US since early April under an “emergency use authorization.”

Millions of masks below standard
Despite the concern about the quality of many KN95 masks, Ottawa says “this action does not implicate KN95 respirators purchased by the Government of Canada and tested by the Public Health Agency of Canada (PHAC).”

It says that before it sends masks to front-line workers they are subjected to quality tests including a “visual inspection to check for defects in design and construction, and testing to confirm that they meet filtering specifications.”

Protective masks hang in a decontamination unit at the Battelle N95 decontamination site during the coronavirus pandemic, Saturday, April 11, 2020, in Somerville, Mass. (Michael Dwyer/Associated Press)
Last week, Ottawa revealed that it had suspended shipment of millions of Chinese-made masks because they failed to meet the required specifications.

According to the federal government’s website, as of May 7 it has ordered 135 million N95 respirators. The site says so far 11.5 million have arrived but “a significant portion of these remain under testing.”

So far Ottawa has determined eight million of those masks fall below federal standards for medical use while others are still being tested.

Of the 11.5 million N95 masks received so far, Ottawa says one million have been found to meet federal standards.

‘Stop sale’ of KN95 respirators
Ottawa urged any importer that brought in KN95 masks from any of the dozens of China-based manufacturer’s listed on the NIOSH website to take immediate action and “stop sale” of the products.

It added that they should relabel the KN95 respirators as face masks which can be used in health care or non-healthcare settings where 95 per cent filtration isn’t necessary.

“The products are not being removed from the market,” says Health Canada.

It says it will still allow KN95 masks into the country provided independent testing shows the masks meet the standards.